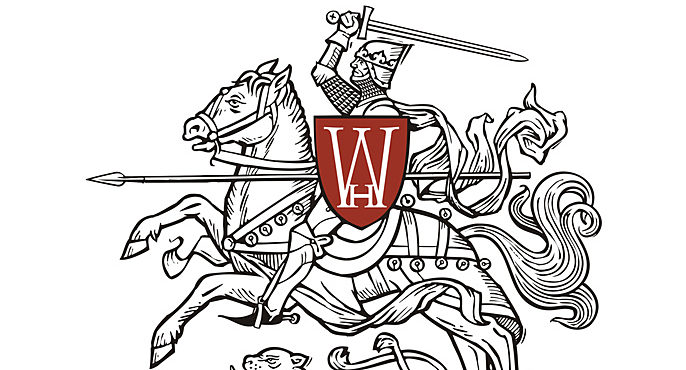 An Interview with Warhorse Studios

Michal studied animation in Bratislava (Slovakia) and began working in 3D graphics while still a student, creating laser shows and projection mapping. He later decided to get into the video game industry and studied game art in Manchester. During his studies in the UK he was involved in several small projects, finally ending up in Foundry 42, where he worked on Star Citizen. For the last two years he has been working at Warhorse Studios, where he began as a character artist and worked up to Department Lead.

In this great interview we ask Michal about his hiring process and what it's like behind the scenes.

When did you join Warhorse Studios?

I joined the team in about mid-year 2016

What enticed you to join an independent game developer rather than a big studio?

Previously, I worked for Cloud Imperium, which is a big, independent studio. In this sense Warhorse was very similar, just a bit smaller in the budget and the amount of people, which isn’t necessarily a bad thing. It has its advantages, communication being a big one. It is much easier to collaborate with people that sit in the next room rather than someone sitting on the other side of globe with a 7-hour time difference. Having a lot of producers definitely helps, but nothing gives you more information than looking into the eyes of person that is talking to you.

When you decide to bring on a new team member what is the most important thing you look for?

It really depends on what kind of person we need at the time so this could vary.

There are three ways we do it.

1. Portfolio Review- It’s always nice to see works that are related to our project in both subject and execution. Then I look for something interesting, something I haven’t seen a million times everywhere. Something that shows that the person can think in creative manner, understand the form, and can make a fine-design decision.

Don’t get me wrong; if you see that everybody is learning how to do hair or use substance designer, there’s probably good reason for it.

2. Art Test- The final render is not the only thing we look at. I always want to see how the person approaches the process: planning, time management, etc.

3. Interview- The interview is a more general approach. We usually talk about art tests, past projects, what kind of decisions he had to do, and how he/she justifies each one. We also try to find out if he/she will be a good fit for the team. Nobody in the office works fully independent, thus the person will need to be capable of working with people and around people.

How do new artists get acclimated to the team?

This really depends on the person and the time that they start. Every new employee gets a tour through the office, with a brief introduction mainly to people they will collaborate with. Then they will be introduced to everybody else for the next big company stand-up.

We also do welcome parties and every summer there is a team building in Malesov, which is an actual medieval fort close to our office in Prague. Plus, many colleagues organize football or basketball matches, rafting, and a bunch of other stuff. The art department usually goes to Drink and Draw which is a weekly event for live drawing classes combined with workshops.

Take us through a day working at Warhorse Studio.

Since I’m a lead it’s a never-ending circle of emails, scheduling, meetings before meetings, actual meetings, and meetings after meetings.

Here’s what I wrote about 2 years ago when I was still working on individual assets and we had a forum “show” called “Weekly Torch” LINK: I started with breakfast and a cup of English tea. Then I would catch up with what I’ve done on the day before and set up a goal for the current day. Then I put my headphones on and focused on the task. Occasionally we chat around with colleagues and give each other feedback or discuss the latest films and games.

Yeah, sure. KCD was a great project, plus it has amazing DLC full of new fancy characters, story, mechanics, and other stuff, but mainly bad-ass characters and animals!

What if you have a different of opinion within the team? Does everyone have a say or do you stick to your departments?

We have a very flat hierarchy, so everybody gets room to contribute. Nevertheless, democracy is not the most time effective approach in a AAA game production environment. When everything feels like it’s crumbling (which has never happened in our studio) you want to have someone who tells you what to do, what the priorities are, and who can calm down the angry producer.

We always ask what advice companies have for ambitious artists out there- what would yours be?

The internet is oversaturated by motivational material of every kind. This is what I would have liked to hear a couple years ago:

Yes, you need to work your ass off, yes, you need to stay humble to progress as an artist, and yes, it’s hard to keep up, but if you don’t rest, you’ll start to mess with your mind. Make the time to do something you like outside of work. Having something that gives you peace of mind makes you instantly better in everything, including work.

You make a game, not a tech demo or portfolio artwork.

Accept the fact that you are not the belly button of the universe and it’s not only about your skillset. You can have 10 of the most talented artists on the planet but if they won’t collaborate and talk to each-other, you end up with 10 different variants of early concept rather than one coherent piece of ultimate artwork.