I love the idea of being out of the office, maybe traveling or just waiting for a bus, and being able to get out my phone and do some sketching or even continue working on a painting. I know I could take a sketchbook out with me, and I have in the past, but sometimes you want the added benefits which come with a painting application.

When in my office I spend all my time working digitally rather than traditionally, so if I’m out, and only have a short amount of time, I want to be able to drop in and work comfortably.

Up to now this dream has evaded me. The problem I have is that I use a Wacom MobileStudioPro daily which offers me over 8,000 levels of pressure sensitivity. When I’m then working without this luxury, I feel like painting can be a chore and not a relaxing experience, so I tend to avoid it.

Wacom recently sent me the Bamboo Fineline 3 stylus to try, which boasts one thousand levels of pressure sensitivity and can be used on most iPhones and iPads. Meaning you can have the same benefits of painting on an iPad without it having to be a Pro model.

So, could this be the stylus that gives me the option to paint and sketch on my phone comfortably, and will it give those on older iPads a new option when it comes to working digitally?

Read on to find out… 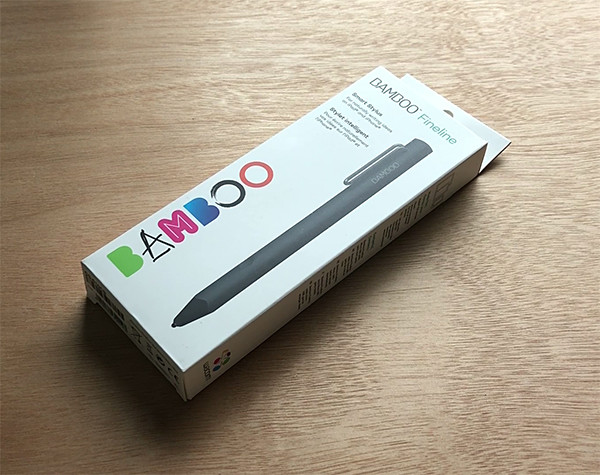 The Fineline 3 comes in quite a basic box, but I guess you don’t need anything fancy. On opening it you will find the stylus and some information leaflets, and that’s pretty much it.

The stylus itself is thicker than the Apple Pencil, but it does feel slightly lighter. With that said it still has a good weight and balance when you’re holding it. Wacom have also adopted an ergonomic triangular design, so it fits nicely in your hand and won’t roll off your desk when not in use. 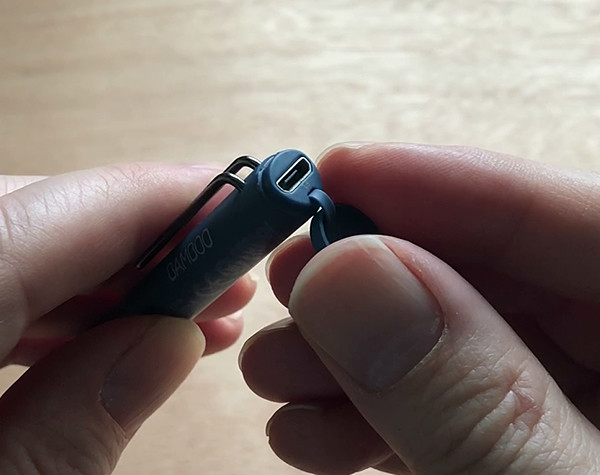 At one end you have the cap which protects the USB charging port as well as an LED light which indicates when the power is on and when the stylus is pairing to your device. At the opposite end the 1.9mm tip is hidden away inside the barrel, which you twist to make it reveal itself and power on the stylus. I thought this was a nice design element meaning you don’t have unnecessary buttons to press, and you won’t accidentally turn it on when it’s in your bag or pocket and inadvertently drain the battery. 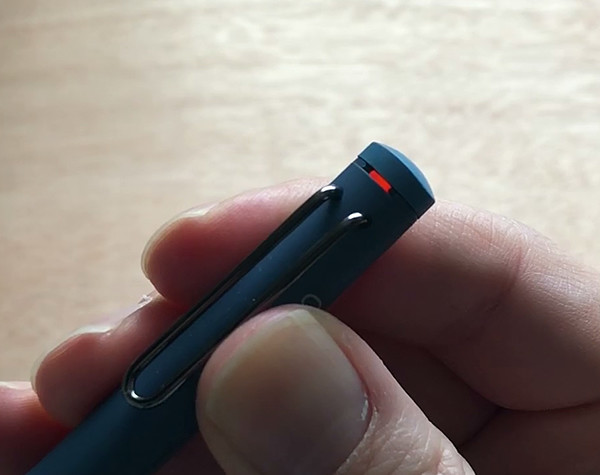 With that said there is a single button which is recessed into the barrel, this can be customized to do whatever you like, depending on the application your using and its support of the stylus. Its also positioned in precisely the right place so I could access it easily with my index finger. 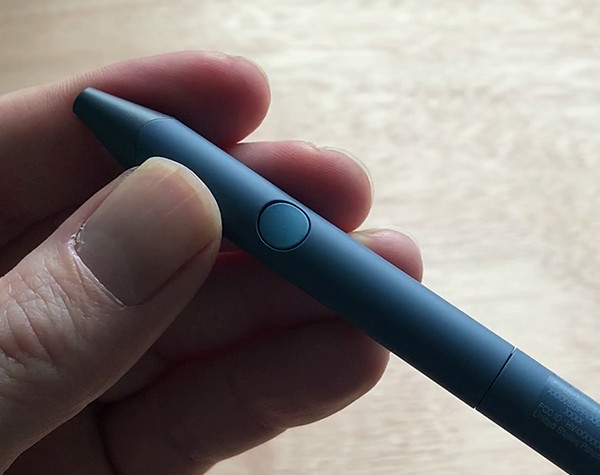 Battery power is good and is said to last for fifteen hours on a single charge. In my tests I can agree that it seemed to last forever and when I left it unused for a week, it had only dropped from 98% to 90% which meant I didn’t have to check the battery level each time I wanted to take it out.

This is an active stylus, which means it needs to be switched on to work. When used as a normal pen to take notes or navigate it felt precise and responsive. If you don’t connect it via Bluetooth then your losing out on the pressure sensitivity which is a big selling point for this stylus.

If your using an iPhone which also has 3D Touch, applications like Procreate Pocket now take the pressure information and use it to give you a nice variation in your stroke. With the Fineline 3 you will always want to be connected when using it to take advantage of those extra pressure levels. I did some research and 3D Touch uses around 500 levels, so you’re essentially getting double the amount.

My focus for this stylus is to draw and paint so I wasn’t interested in how well it takes notes. At the end of the day, if it can sketch nicely, it can write well too.

Also, the applications I was most excited to experiment with were Procreate and Procreate Pocket. I’m a huge fan of Procreate on the iPad Pro but never had the right stylus to give me the correct amount of pressure sensitivity on the iPhone.

To fully test the stylus, I decided to use the iPad Pro and an older iPad Air 2, just so I could see if there was much difference when working on older hardware. I also tested it with an iPhone 8 Plus but was unable to record this while also working on it as I use it as my main recording device.

The applications I chose to test with were Procreate, Autodesk Sketchbook and Wacom’s own Bamboo Paper.

Connecting the Fineline to each application was a simple task of opening the options, selecting Connect third-party stylus and then choosing Wacom. You turn the stylus on, press the button on the barrel and your connected. 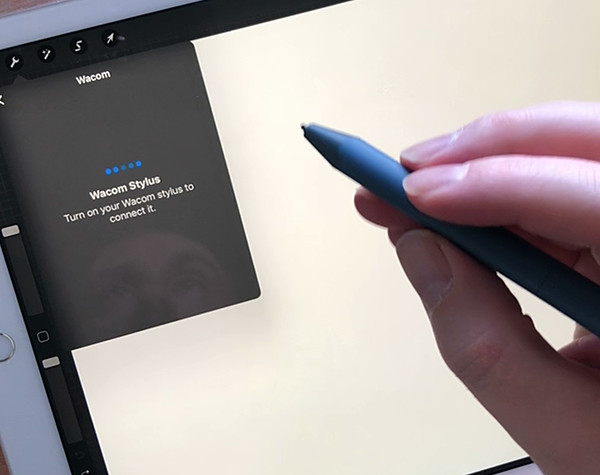 I then opened each application on both device and did a series of basic tests, drawing circles, scribbles, straight lines and various other shapes. I tried Procreate first and straight away I had issues with palm rejection, on both devices. Procreate does have options for checking if a large area is resting on the screen and presumes this is your palm so attempts to ignore it.

Even after adjusting these I still had issues, so had to resort to wearing a glove.

On the iPad Pro the stylus worked well, it gave me a nice variation in my strokes and felt quite natural to draw on. 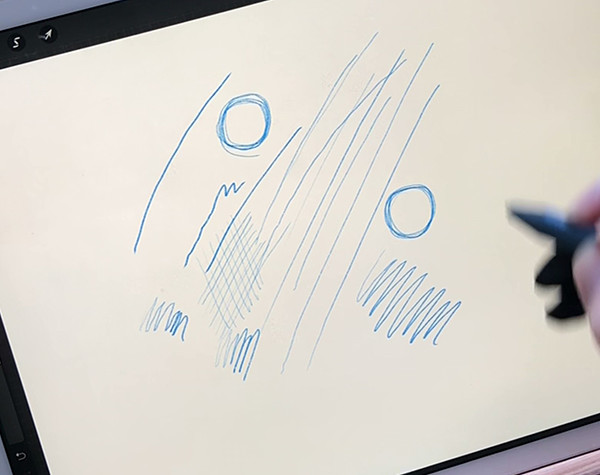 The issues came with the older iPad Air 2, where I suffered from lag and wavy lines meaning sketching in Procreate on an older device wouldn’t be an option. At this stage I assumed this was an issue with the stylus, but I continued with my tests. 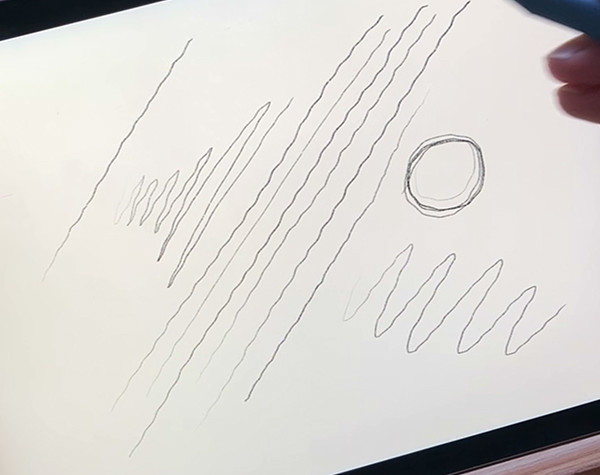 Next was Autodesk Sketchbook and I have to say, on the iPad Pro this felt much nicer to work with, better than Procreate which surprised me. Even palm rejection worked well too, meaning I didn’t need to wear a glove as I worked. 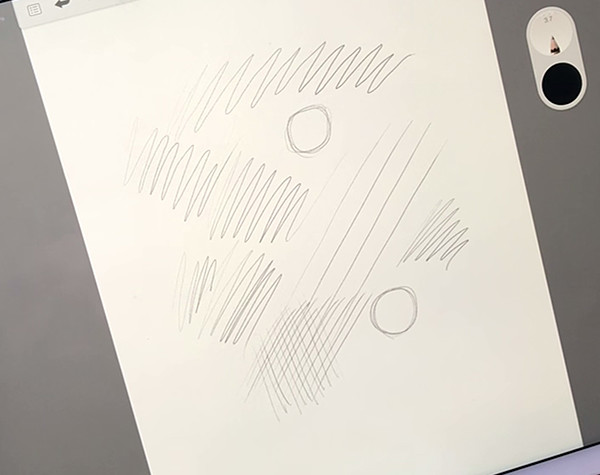 I then turned to the older iPad expecting to see wavy lines again but was pleasantly surprised by the results I got. It was pretty much on par with the newer iPad. 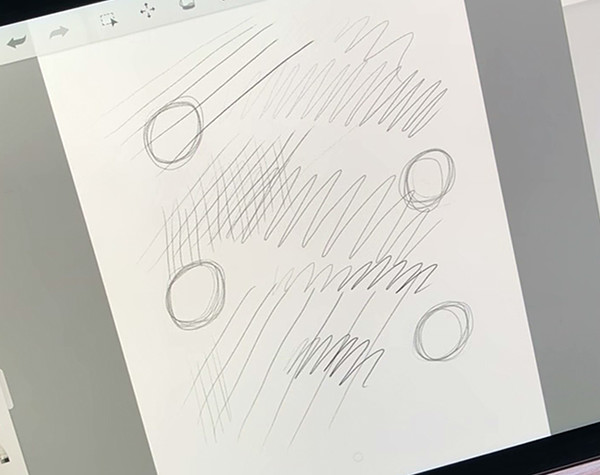 This gave me high hopes as it meant the issues I had previously were with software and not the hardware.

Finally, I turned to Bamboo Paper and again this worked nicely on both devices, giving me great levels of pressure sensitivity along with good palm rejection. 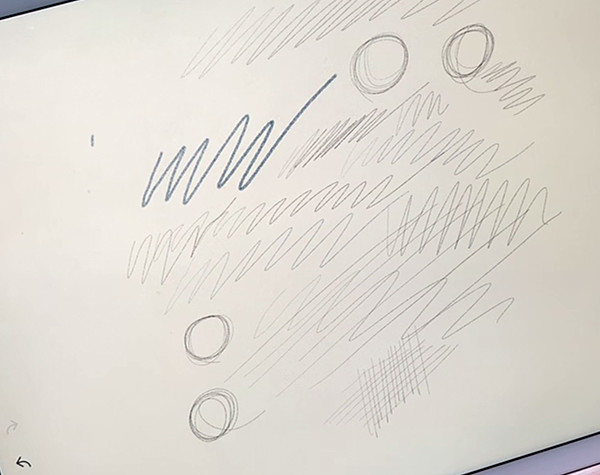 So, from these tests I concluded that the Fineline 3 is a great stylus which works across multiple devices, and Autodesk Sketchbook came out on top as the better application to use with it on both older and newer iPads.

There are so many styli available to buy now your pretty much spoilt for choice, but when deciding it comes down to just one question, what will you be using it for? If, like me, you are wanting to sketch or paint and have a nice degree of pressure sensitivity then this could be just what you need. At £60 it’s not the most expensive stylus available and its much cheaper than the Apple Pencil.

What’s more it will work across multiple devices, unlike Apples stylus, so if your someone wanting to sketch and paint digitally you no longer have to save for an iPad Pro. Why not investigate buying an older device and a Fineline 3 instead?

As an alternative option, if you’re looking for a higher degree of pressure sensitivity and two programmable buttons instead of one, you could look at the Bamboo Sketch. It does come with a higher price tag of £75, but it has double the amount of pressure levels and comes with a nice carry case and extra nibs.

Although Wacom supplied the stylus for me to test, the opinions offered in this review are my own.